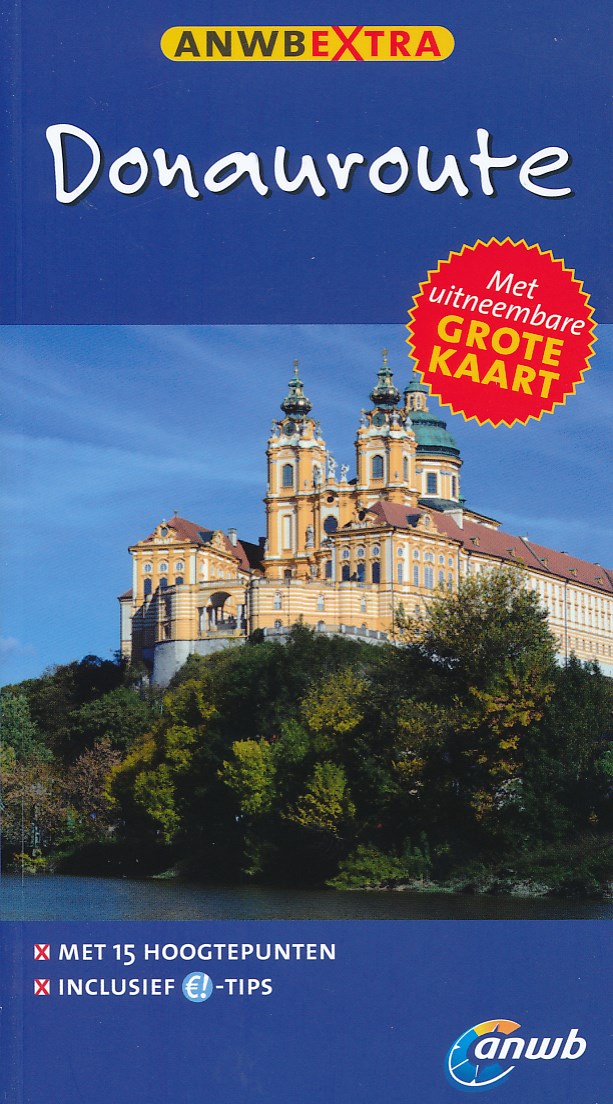 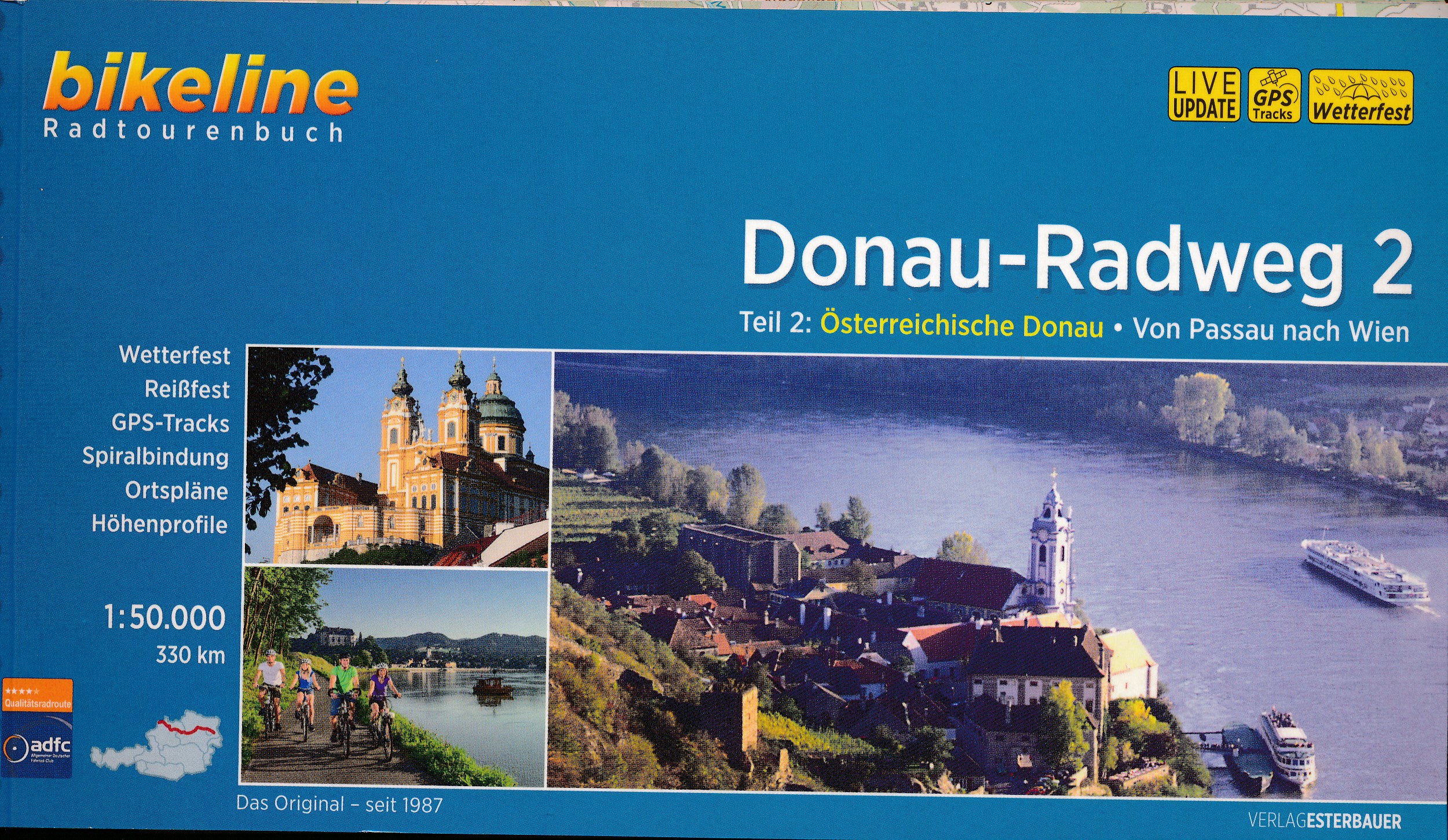 Praktische fietsgids met detailkaarten, ingetekende route, informatie over overnachten en fietsenmakers, zwaarte en hoogteprofiel. In spiraalbinding, Engelstalig.
Danube Bike Trail
In the last decade the Danube bike trail has emerged as Europe’s most important long-distance bicycle touring route. Its popularity is due primarily to the Danube’s natural beauty and the wealth of cultural and historical sites that line its banks. But the large numbers of bicycle tourists visiting the Danube would not be possible without well-developed infrastructure and services. The Danube bike route has benefited from well-built posted bike trails and an extensive network of services oriented to meeting the needs of bicycle tourists. The following pages provide a few practical notes about how to use the book, and some tips on getting ready for the tour.
Length
The total distance from the start in Passau to the final destination, Vienna, is 320?kilometres. This figure does not include about 160?kilometres of side-trips and alternative routes.
Surface quality and traffic
The Danube bicycle route is very comfortable to ride. Virtually the entire distance follows paved bicycle paths or lightly traveled public roads. For most of the distance, a bicycle route is present on both sides of the river.
Signage
The Danube bicycle route is thoroughly signposted to show the way. However, it does occasionally happen that signs are missing or turned in the wrong direction. In Austria, rectangular green signs are posted along the route and in most places the route is clearly labelled the “Donau-Radweg.” Other regional bicycle trails branch off from the main route. Excursions and alternative routes often follow their own signs, and are also described in this book.
Planning a tour
The descriptions of the 320 kilometer tour follow the river downstream, from west to east. This allows cyclists to take advantage of the prevailing winds and the river’s downward slope (minimal though it may be). The Danube usually has bicycle routes on both sides of the river. All of these routes are marked as part of the Danube bicycle route. Keep in mind when planning your route, that the hills along much of the way cause the south bank to be generally shadier than the north bank during the spring and autumn months. This book describes the routes on both sides of the river: the route on the northern, or left bank is described first, followed by the route on the southern, or right bank. The entire tour is divided into three sections: Passau to Linz, Linz to Melk, and Melk to Vienna. The two sides of the river are identified as the left and the right sides, as seen when looking downstream. To simplify orientation, towns and cities are given with their kilometer number on the Danube (ex. Passau 2226 or Vienna 1929) and the side of the river they occupy (L or R). The Danube’s kilometers are also shown in the maps (|1925). The division of the tour into six sections is intended to aid tourists’ general orientation and does not necessarily suggest one-day stages. If you intend to include museum visits and swimming stops along the way, we recommend planning at least a week for the entire distance. The book also includes descriptions of short side-trips which offer riders opportunities to extend the ride according to their desires. If the tour turns out to take longer than expected, there are taxi companies along the first stage that will transport bicycles if the need arises. The telephone numbers of these companies are listed in the information about individual towns. Rail lines also run along much of the Danube, giving riders the option of boarding a train to complete a stretch. 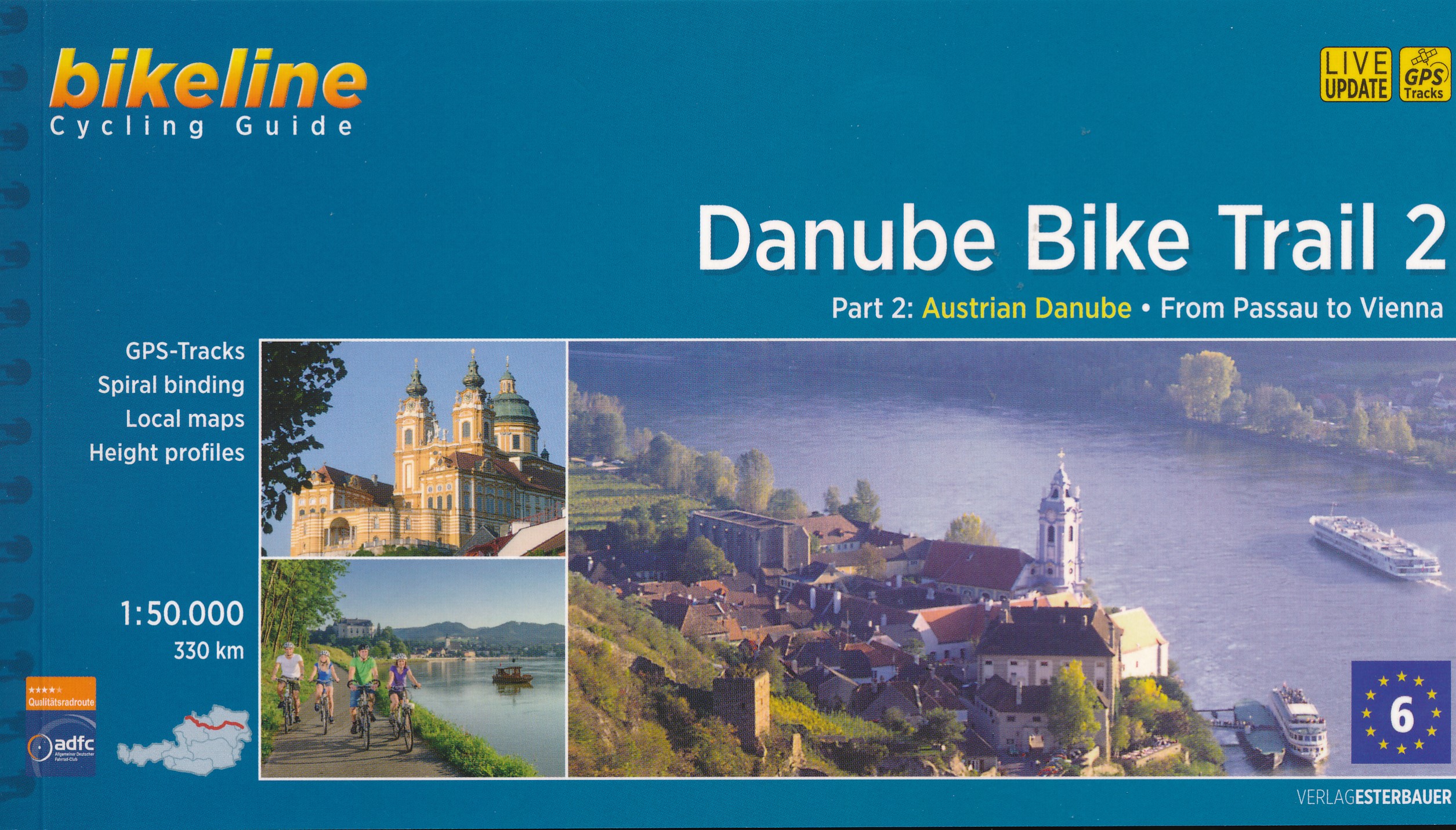 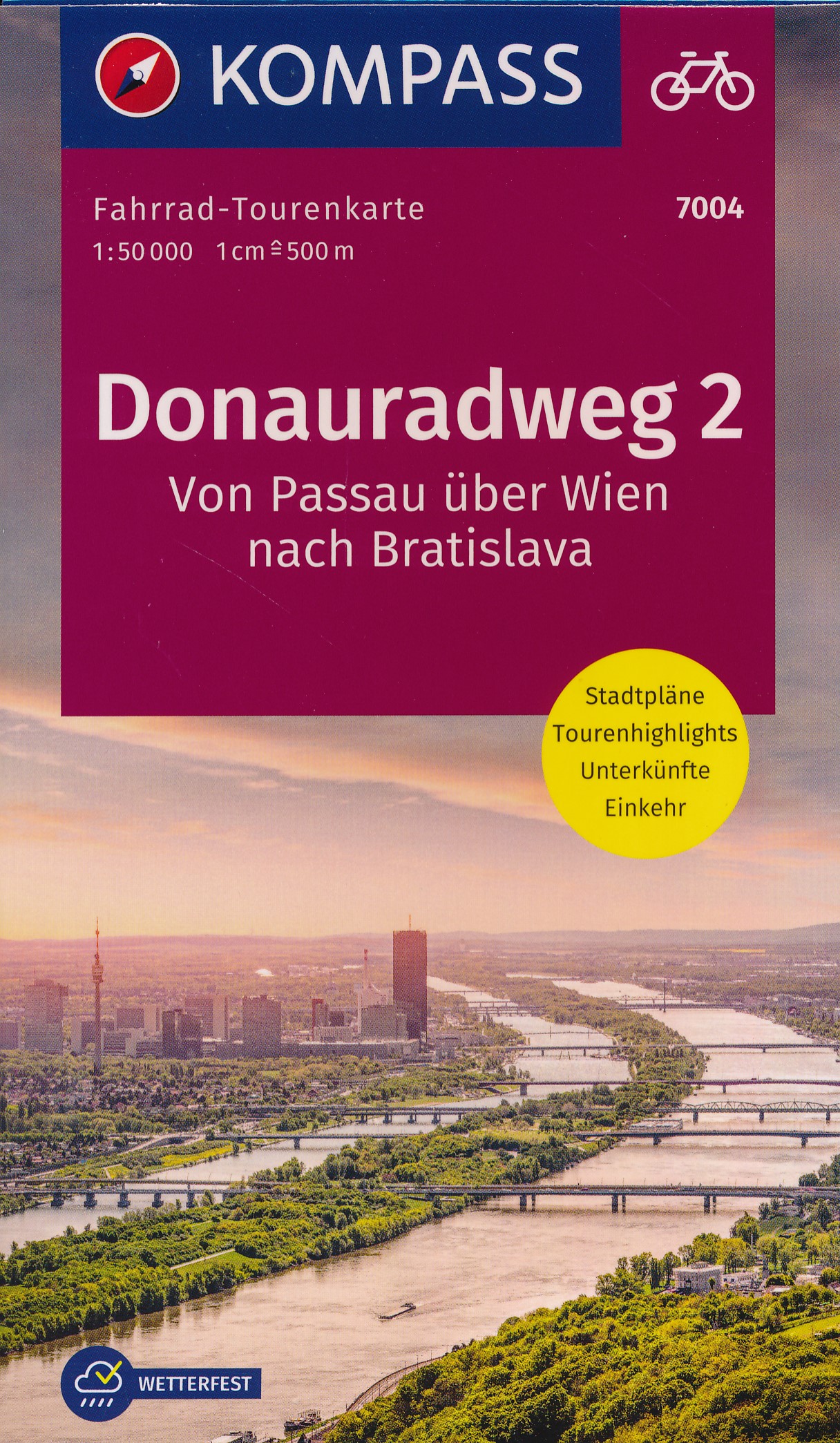