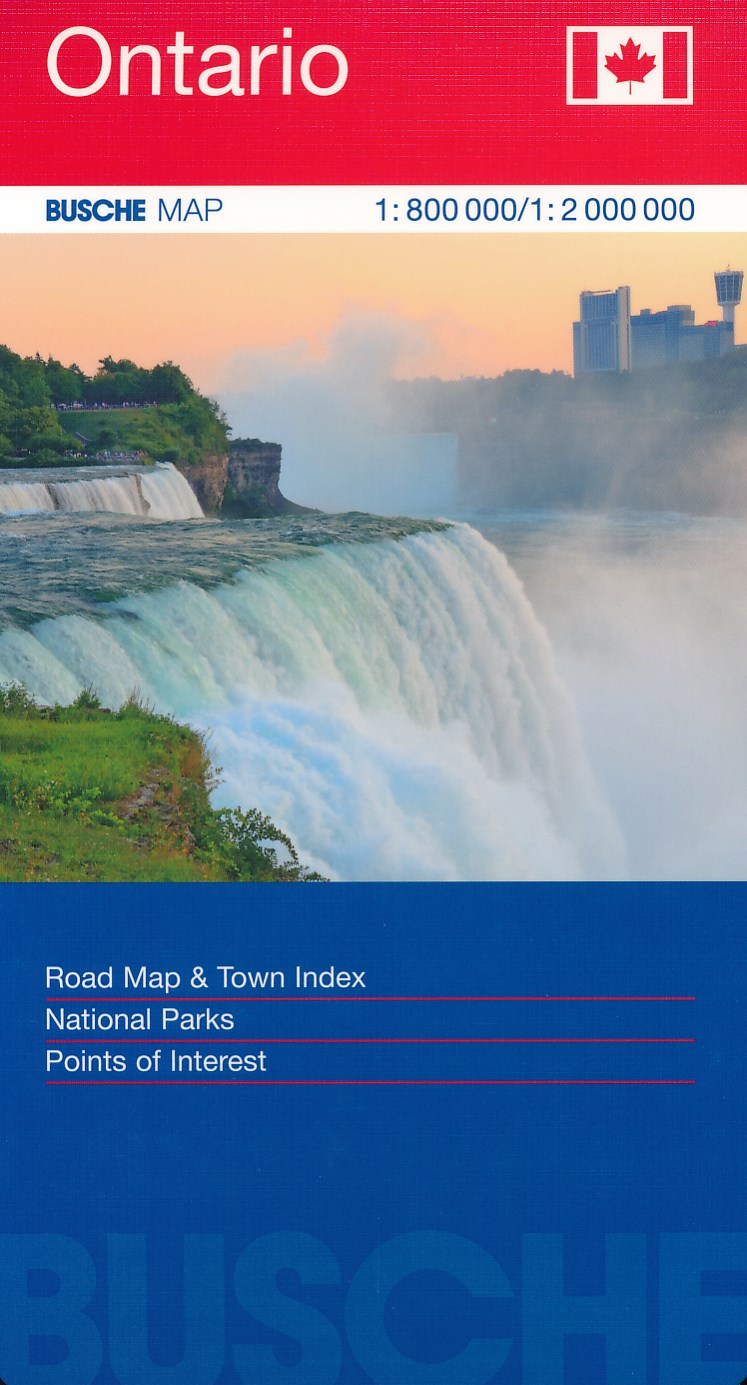 Ontario and Quebec form the portion of Canada known as Central Canada. Ontario is the industrial heartland of the country, and the southern portion is the most densely-populated and urbanized part of Canada. Toronto is a city of 2.8M people and the heartland of an economic region serving 100,000,000 people in two countries. Southern Ontario is also home for six million residents, some of the most historic sites in the country, and major recreational land masses (Algonquin Park, Bruce Trail, Muskoka/Haliburton). Northern Ontario, on the other side of the map, occupies the bulk of the land area of the province, and is dominated by the Canadian Shield (a pre-Cambrian rock formation that is the oldest land on earth, rich in mineral wealth). The North is dominated by recreational activities, wilderness adventures, and mining tours. Ontario also has ports for ocean-going ships in Lake Superior and on James Bay. Very few Canadians have ever been to Polar Bear Provincial Park in the NE. Printed on paper, double-sided.

Double-sided map of Ontario, part of a series of maps of Canadian provinces from the Vancouver-based ITMB, with topography presented by altitude colouring rather than by relief shading. The map divides the province north-south, showing on one side the southern part 1:1,000,000, and on the reverse northern Ontario at 1:1,500,000.

Topography is indicated by altitude colouring, with spot heights plus graphics for marshlands. Plenty of rivers and lakes are shown, with the larger ones also named. Numerous national parks or provincial protected areas are highlighted and Indian reservations are marked.

The map shows the province’s road and rail networks, also indicating local airports in remote areas. Symbols highlight campsites, skiing areas, etc. The map has a latitude and longitude grid at intervals of 1º and is indexed

Algonquin is an enormous tract of land in central Ontario, Canada, that was set aside as a wilderness preserve generations ago. About the size of Belgium, this preserve of lakes scattered across the Great Canadian Shield consists of dozens of canoe routes, hiking trails, and camping sites in a protected environment that is a national treasure. Our map shows the park and its attractions on one side, and the southern portion (the most used) on the other side. This map is ideal for planning a canoe trip, and canoes can be rented in the park itself.  Europeans, as well as Americans, flock to Algonquin, as it is the destination of choice for anyone wanting to 'get away from it all'. Printed on ITM plastic paper, double-sided.

Ontario Birds is the perfect pocket-sized, folding guide for the bird lover and nature enthusiast. This beautifully illustrated guide highlights over 140 familiar species and includes a map featuring prominent province-wide birding hotspots. Laminated for durability, this handy guide is a great source of portable information and ideal for field use by novices and experts alike.

Experience the creative pulse of the city or catch a thrill in the great outdoors: it's all possible with Moon Toronto & Ontario. Inside you'll find: 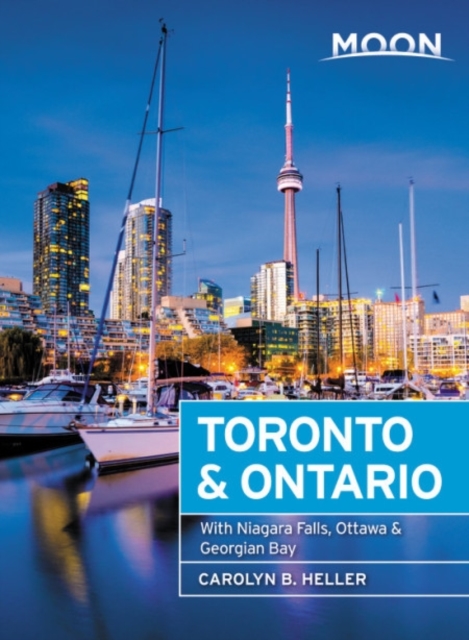 The Canadian province of Ontario is intimidatingly large. It is also mostly tundra with extremely few settlements and few roads; in fact, the geographic centre of Ontario is about 1,500 kms north of the nearest road. The very first map I prepared, at age 10, was of Ontario; and it took me six weeks to trace all the lakes. My point is that the developed portion of the province is a much smaller wedge of fertile ground south of the mineral belt of the Great Canadian Shield. This double-sided map focusses on the area south of Sudbury and North Bay and expands the scale to a much more useful purpose for most users. Imagine Detroit in the southwest corner of the map, with Highway 401 joining it to London and Toronto and a branch motorway cutting across to Buffalo. Add in the Bruce Peninsula and the major routes north to cottage country and you have side one. The other side stretches from Toronto east to the Quebec border and Ottawa, with the lovely Kawarthas region for exploring. My personal favourite highway is Number 7, from Peterborough east through land settled two hundred years ago by Scottish Gaels. Perth is a perfectly preserved Scottish town of granite buildings. The map also includes a regional map of the main roads in the greater Toronto area and a separate inset of the downtown.

Wegenatlas van Quebec en Ontario. Natuurkundig kaartbeeld. Met inzetjes van stadsregio's en centrumkaarten van Montreal en Toronto. Uitgebreide index.
We are blessed in North America with a state of peace unattainable in most other parts of the world. We take for granted freedom to travel over vast distances on good roads, have rail services carrying millions of passengers each year, and have reasonably minimal border formalities to undergo at borders. Quebec is one of the great travel destinations for North Americans; so is Ontario. In fact, it is almost inconceivable that one would visit one without seeing the other. Geographically, each province occupies a huge amount of space far larger than any American state, so combining these areas on a folded paper sheet makes no sense. We have combined the two provinces into one travel atlas which, in Canadian terms, would be called central Canada, a term peculiar to Canadians and unmarketable. We present in a compact atlas format the ideal way for visitors to explore two very different but at the same time two very similar societies that have been closely linked for more than 400 years. It includes Niagara Falls, Toronto, the Thousand Islands, Cottage Country, Ottawa, Montreal and the Laurentians, Quebec City and the North Shore, the Eastern Townships and the unsurpassable Gaspe Peninsula. All in one volume! 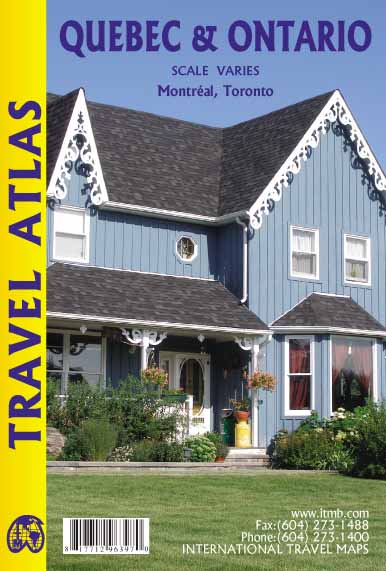